FOUNDER OF THE 1M65 MOVEMENT

When he was younger, Loo developed a financial strategy that allowed him to take advantage of his funds in CPF. He professes to be an ordinary Singaporean with an extraordinary CPF investment strategy that he believes could help many Singaporean couples become millionaires upon retirement.

In 2018, Loo and his Wife crossed S$1M in their CPF savings at 45 years old, proving many 1M65 sceptics wrong. Loo and his 1M65 strategy have been repeatedly featured in mainstream news and online media.

Through many of his free public talks and regularly writings on 1M65, Loo hopes to help many Singaporean became financially independent. He was one of the few non-civil servant to be awarded the Public Sector Transformation award in 2018 for his 1M65 efforts.

Loo is happily married to Bee Yee and together, they have three lovely teenagers that are also deeply grounded with good financial values and it is his firm belief that wealth building starts young.

Loo has been featured in many publications for his work on the 1M65 movement. 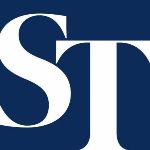 “It’s simply creating a financial safety net by topping up your Special and Medisave Accounts at a young age, as young as possible, and just letting it compound over a long period of time to over half a million dollars,” he says. “Combine that with your spouse, you will reach a million dollars at age 65.”

“Retirement planning for Mr Loo Cheng Chuan started in his 20s. That’s why at just 42 years old, the father of three has reached financial freedom – all with the help of CPF’s retirement schemes, he says.”

“It really boils down to this: Between looking rich and being rich, which would you prefer?”

After a financially challenging period early on in his life, Loo met a mentor who guided him back on track towards the financial freedom. Shaped by this experience, he is passionate about sharing the know-how to hacking personal finance to his fellow friends who are interested to take on this path.

1M65 is a term coined after Loo discovered that it is possible to attain a combined balance of $1 million dollars in your CPF account with his spouse – a retirement fund that was typically criticised by the public for ‘locking up funds’.

Today, he shares actively during speaking engagements as well as online on Discord and Telegram for his fellow pursuers of 1M65

Helping set up successful new businesses has also been a passion of Loo’s. Since he graduated from the Stanford Sloan programme, Loo has set up his own e-Commerce business, Premiummall, and has also advised a number of companies including Endowus, Gushcloud, 2359 Media, CyberInt, and Amobee.

He has recently taken up an interest in advising FinTech companies and would love to engage with any startups in this space.

COVID-19 Stock Market Crash: Why I Always Prefer The S&P 500 Over The Straits Times Index

Since the outbreak of the COVID-19 and the eventual stock market crash in mid-Feb 2020, Loo has been observing the relative performance of both the Straits Times Index (STI) and the S&P 500.

Today, Loo is even more convinced not to invest in the STI.

During the Coronavirus fears of early 2020, Loo spent some time indoors thinking about how he can stretch the 1M65 goal and realised that there is a roadmap that Singaporeans can follow to achieve 4M65. In this article, he shares about the steps a couple needs to take in order to achieve 4M65.

5 Ways You Could Be Screwed By The Imminent Recession.

In this article, Loo shares tips on how he thinks you can tide through the impending recession.

Even though he once invested in STI, Loo has come to realise that it is subpar as an investment vehicle. In this article, he warns new and existing investors alike to steer clear of the STI as a passive investment strategy.

Ever wondered what sets the Rich apart from the rest? In this article, Loo shares about the 1 property that he observed most Rich people have that others don’t.

CPF Has No Equal as Investment Vehicle: Singapore’s Mr. CPF.

In this article, Loo explores the value that CPF brings and how he has relied upon this vehicle as a financial safety net to forge the future for him and his family

Passive earning may seem like something that is difficult to achieve or far out of reach. However, for most Singaporeans and SPRs, there is something easily available which we can use to provide us with just that. 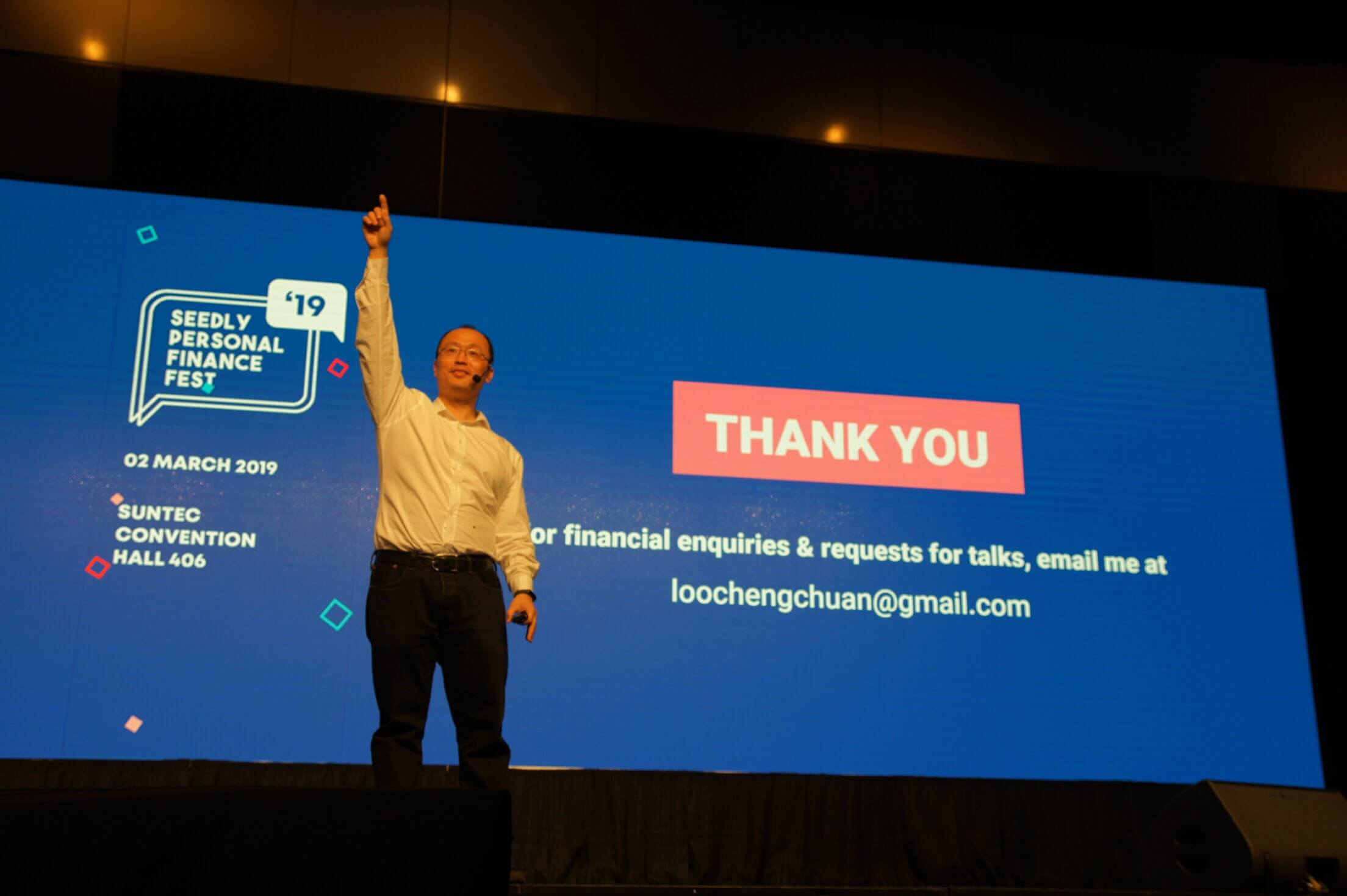 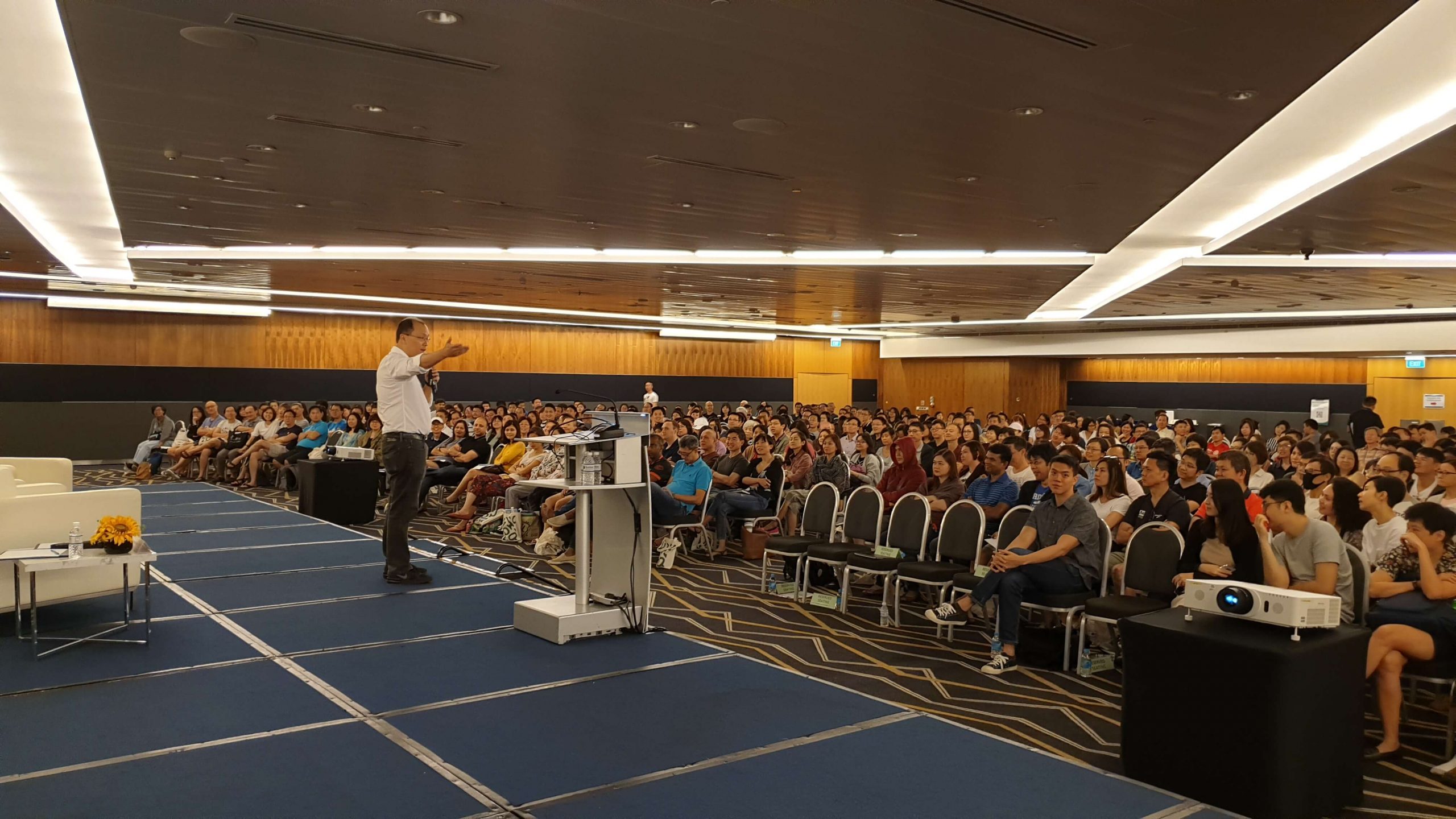 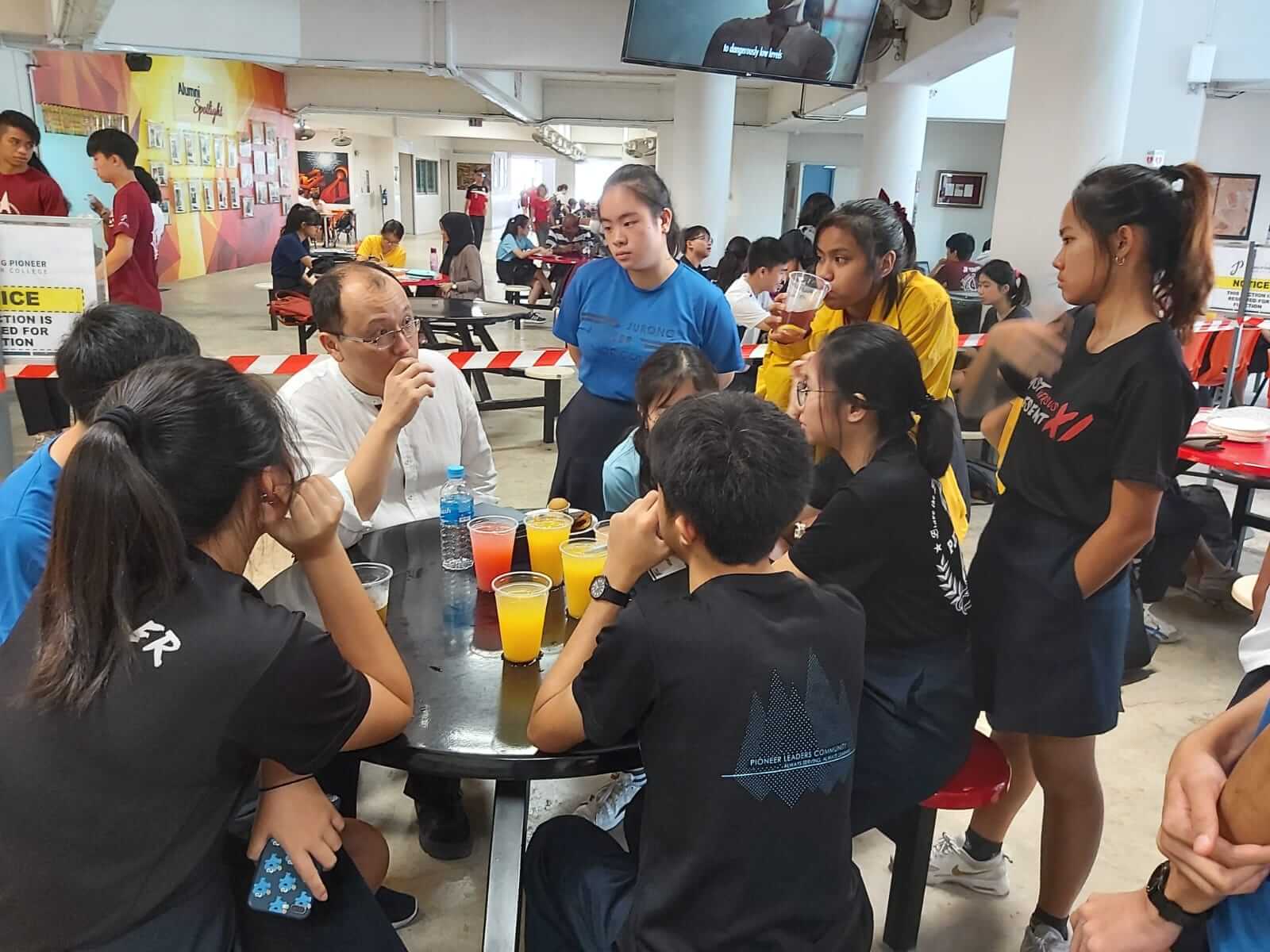 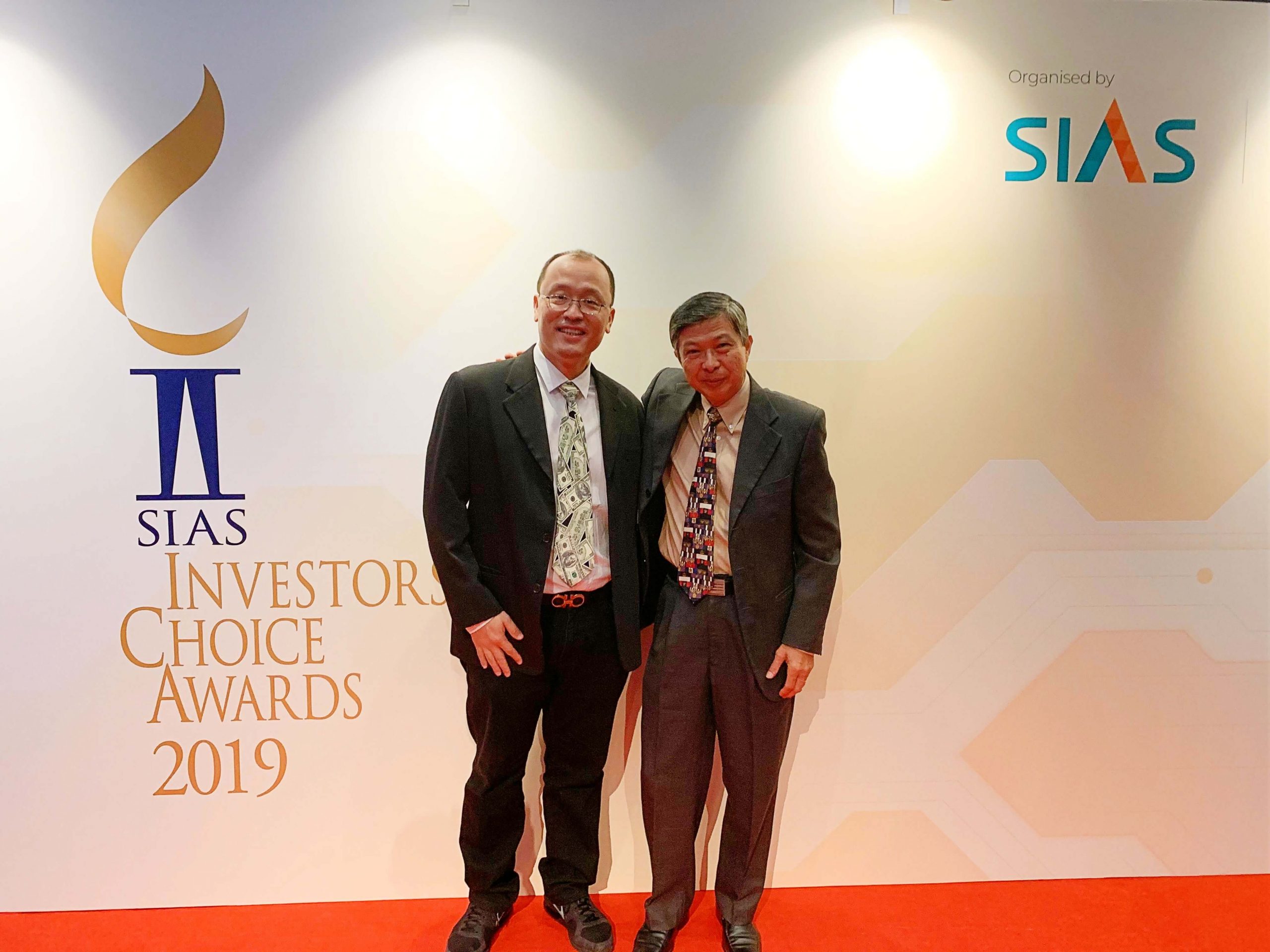 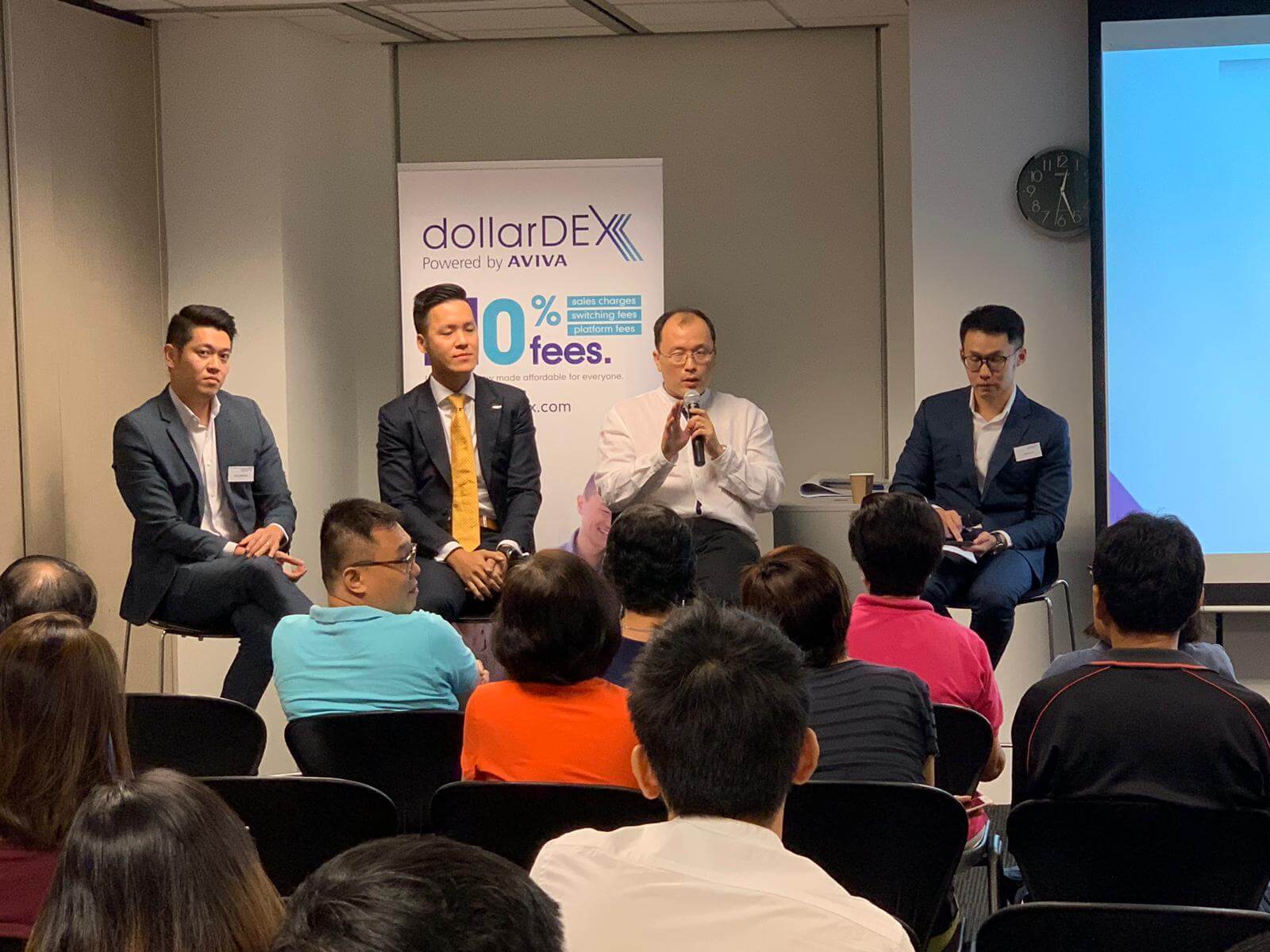 Loo at sharing session Gallery
Contact
GET IN TOUCH

Have a question? Loo is always happy to chat. Drop him a note below and he will get back to you as soon as he can.

You can also join his 1M65 Movement chat group at bit.ly/1M65Discord or t.me/Loo1M65